This is my first post in the weekly photo I challenge. I’m excited about this because it prompts me with new photo ideas that I wouldn’t otherwise think to do. I feel that I can only improve my photography skills by taking part in this online community.

My subject is St. Andrew’s church in Toronto. It’s a landmark that I pass by on a daily basis, but until today, I haven’t taken the time to look at the detail in this old urban landmark. 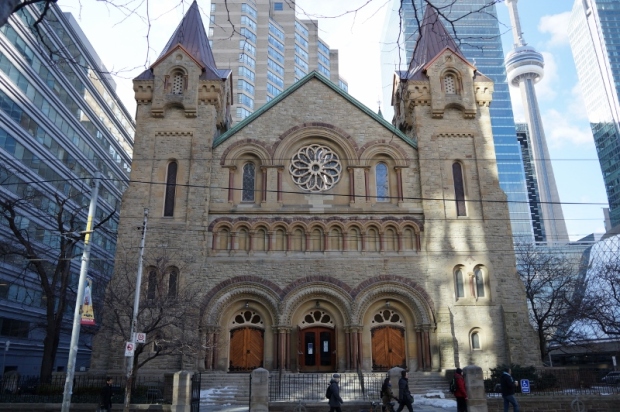 Toronto isn’t one of those cities that is known for its historical buildings, but I was surprised to learn that this building has been around since February, 1876. 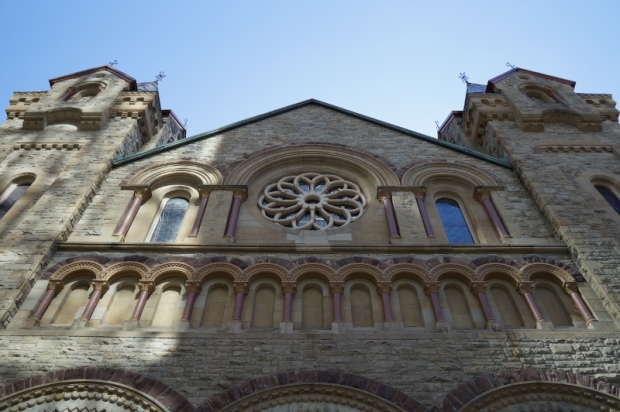 The original structure was built a few blocks over in the old Town of York, which is what Toronto was called before it was renamed Toronto. Most of the old town burned down long ago, but there are still a few beautiful blocks of the old buildings that remain. 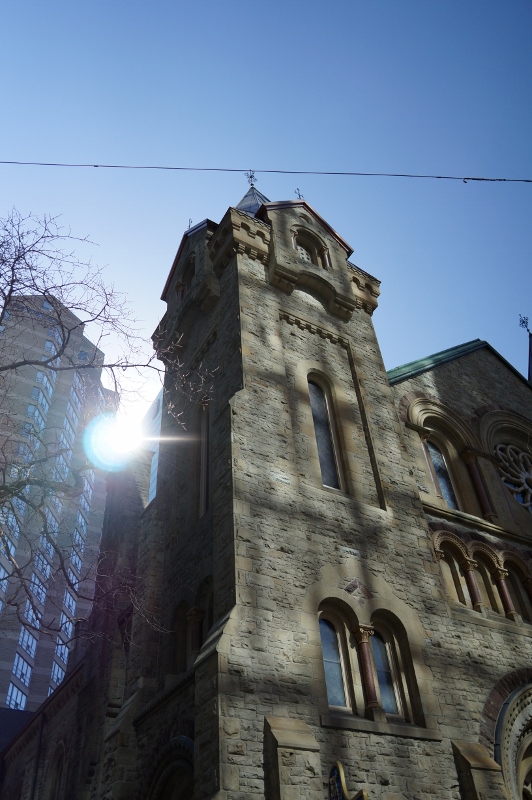 Today, St. Andrew’s sits in the heart of the financial district, so it’s hard to imagine that this church would have been built in the “middle of nowhere” back in 1876. 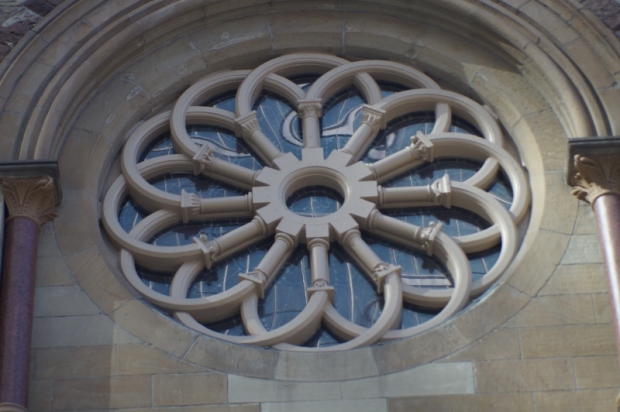 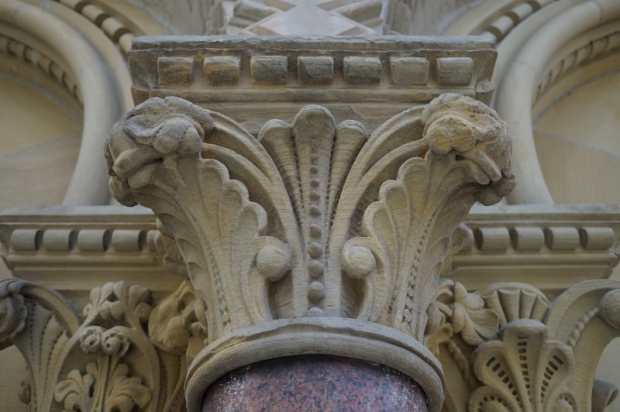 It’s a nice juxtaposition seeing this old structure sitting in the middle of dozens of modern glass-faced sky scrapers. 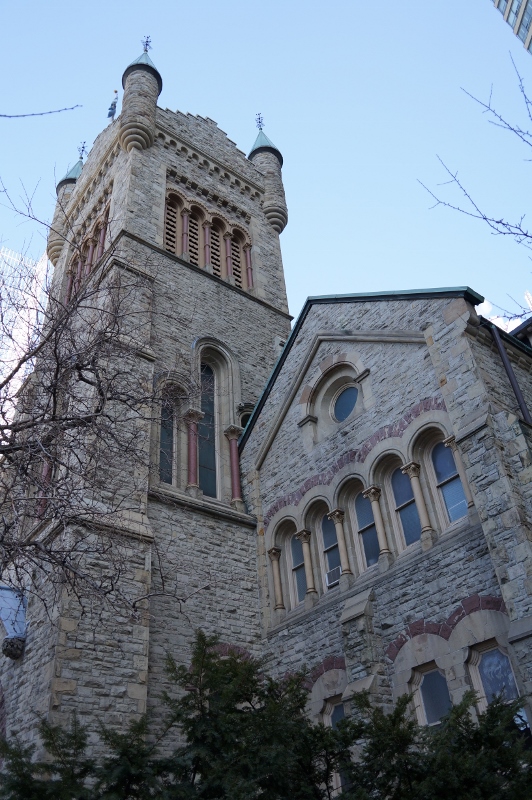 I look forward to next week’s challenge.