Just a couple of blocks up the street from my work is St. George-The-Martyr Anglican Church, a beautiful little old Gothic-style church that once stood as a navigation point for ships coming into the Toronto harbour (when the harbour was much further inland then it’s current border).

The church opened on November 9, 1845 as part of expansion of Anglican churches that were being constructed to accommodate the bulging Toronto population of 18,000 people.

Since shooting different locations around the city over the past couple of years, I have realized that you can learn a great deal about the history of your community through these old churches, and they fascinate me more and more each time I see one.

I also learned that this church is one of the best makeout spots in the city according to this blogTO article. Just a little known fact that I thought I’d share.

Question – If you were to give any of us a walking tour of your town or city, what would you take us to first? Why do you like it so much? what sorts of things (structures, people, whatever) are you most drawn to your your town or city? 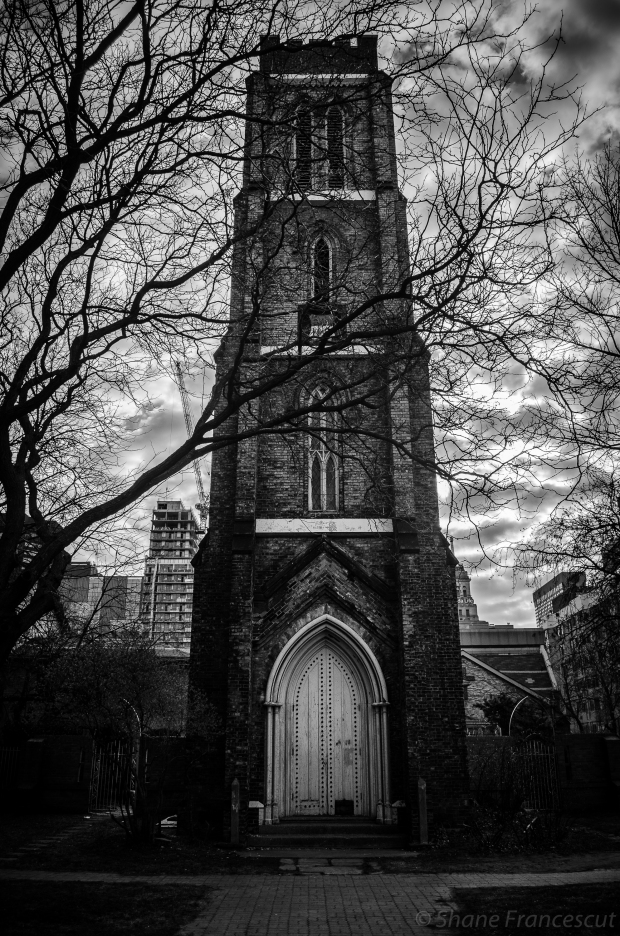