We’re already into our third week of 2016 and I feel like I’ve barely had a chance to stop and think, or even reflect on the year that was.

At the start of 2015, I made a few achievable goals both personally and photographically. This being a photo blog, I’ll stick to my photographic goals. It would be the start of my first full year in a new city… having moved the previous summer. I wanted to get out and meet people, and decided to use photography as a means to do so. I also wanted to push my creative limits with the following goals in mind: shoot more photos; print more photos; make portraits of strangers; get published; shoot a wedding.

The last goal was a long shot and I had no idea how I would achieve it, especially considering that I wasn’t going to market myself as a wedding photographer.

Without dragging you through a long and detailed recap of my 2015 experiences, I’ll try to update you on my results.

Perhaps I’ll share my 2016 goals with you sometime soon. For now, I’ll share a portrait of a really cool guy I recently met as a result of my photography efforts. This is Michael, he’s the really rad head chef at one of (actually two of) the best restaurants in the city. He’s also a huge music lover.

Photography has become such a big part of me, but you may not know it if you’ve been following my (lack of) progress here on the blog lately. Though my blogging has been minimal of late, and though my street photography has been non-existent, I have still been shooting. 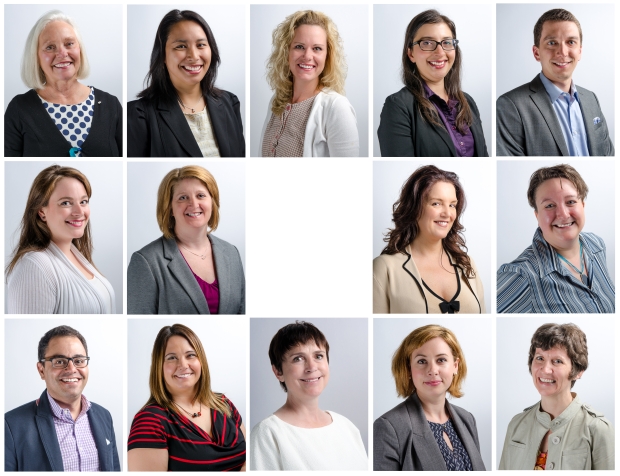 In an effort to challenge myself and grow as a photographer, I have made a conscious effort to shoot what matters to me rather than scour the streets looking for an image to jump out at me. I still enjoy snapping those random moments in time, but I’m at a stage where I want to dive deeper and grow. So, I recently set up a job to shoot photos at a conference, and donate the proceeds.

Above are the final results of a day’s work, and I’m happy with the way things went… especially considering I had five minutes or less with each of my subjects.

In an upcoming post, I’ll share some images of a recent photo shoot I did with a top Ottawa chef. The shoot was the first in an ongoing series I am working on with a group of the region’s best chefs, and I am really excited to share the journey.

I absolutely love making portraits and working with different lighting techniques, so for this week’s black and white image, I decided to share this low key image that was inspired by Frank Doorhof. Frank has been such an inspiration to me, and is a current-day master at getting just the right ratio of light and shadow. One trick that I have learned from him, is that you don’t always have to shine the light directly on your model or subject. By angling it slightly more toward the backdrop, you create a more dramatic and interesting look.

So, next time you light something or someone, position the light source so that it is pointing slightly behind your subject, and then walk around your subject as you make the shots. I chose to show a straight-on shot here, but by taking a step either to my right or left would completely change the mood of this image, either by opening up the light, or bringing out the shadow, while at the same time not adjusting your light or the model. 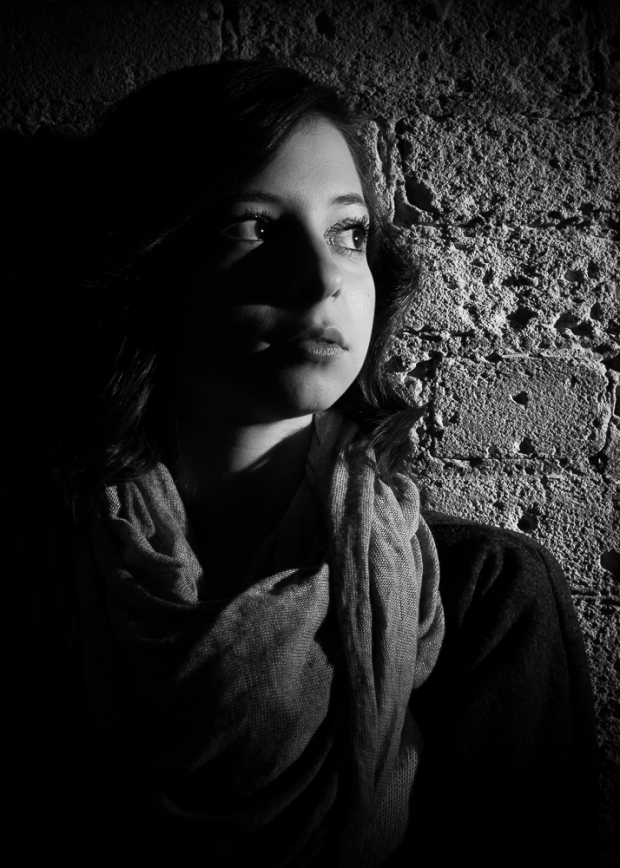 On Monday, as I was cycling to work, I hit a roadblock at one of the bigger intersections in the city. All four directions were closed off, and I was forced to dismount and walk around the barricades. I noticed a passer-by pause for a moment to watch the workers on the street. I soon noticed that he raised a camera to take some shots of a worker cutting the pavement. With the soft morning light funnelling through the tall buildings, and the sparks shooting out from the ground, there’s no doubt he captured a pretty spectacular moment.

I quickly raced to the opposite side of the street to see if I could get a different angle of the scene, but when I raised my camera to shoot, the cutter had stopped. To my surprise, another worker jumped into the frame and gave me a great big smile. He then waved me off and started to walk away, but I yelled over to him and asked him to pose, allowing me to get the shot below.

We chatted for a few minutes, I learned that his name was Zoltan, but with all the noise I had trouble carrying on much of a conversation. The cool thing is, Zoltan is looking for a photographer to take some shots of him in a more professional way. The bad thing is, I don’t think I’ll have time with such a tight time frame before I move out of the city. I’m trying to see if I can make it work, but I fear that it may be too difficult.

So we’ll have to settle with this image… 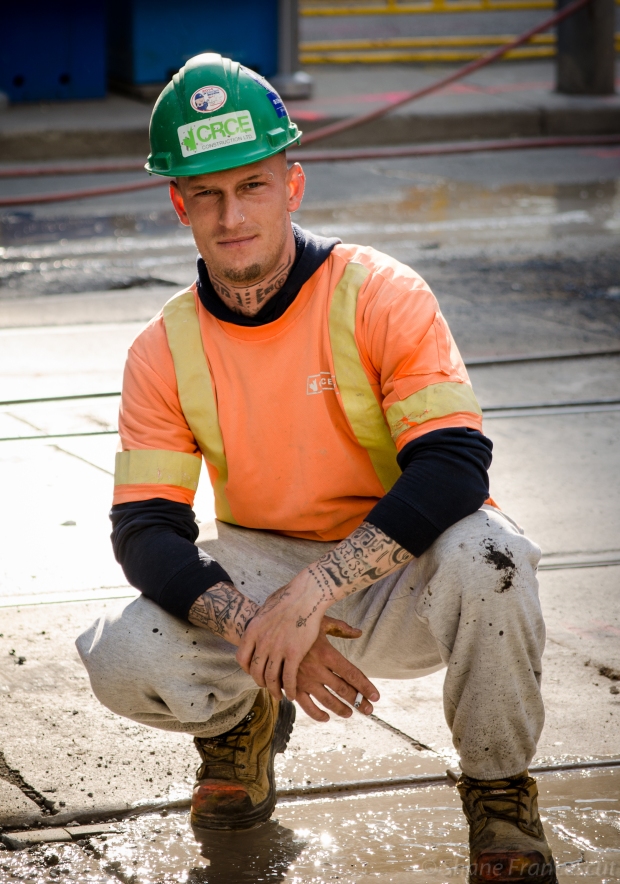